How the Live Nativity Began 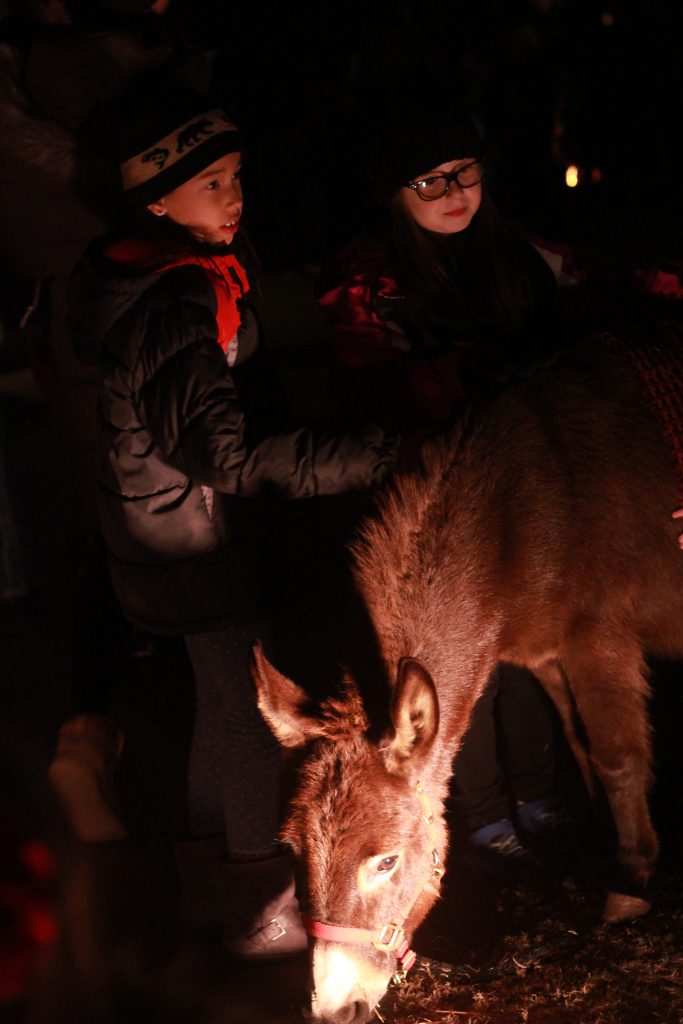 This Saturday, December 15th, marks the 15th anniversary of JCUMC’s Live Nativity – our youth’s beloved production of the Christmas story. Three sheep, three goats, one camel, and one donkey will join a cast including Mary, Joseph, an innkeeper, shepherds, angels, and the Magi in the retelling of Jesus’ birth. Our youth will recapture the magic of this special advent season for our church and our community. Due to the threat of rain, the show and festivities will go on in the Family Life Center (the gym) this year.

What makes this event so special? How did it get started?

Long-time church member Tammy Hall shares her memories of the origins of the Live Nativity at JCUMC. Although she warns that her memory is less than perfect, her story evokes the passion of so many at the time. It was 2004, and Tammy’s children were in middle and high school. Recalling the warm memories of the Live Nativity from her childhood Methodist Church in Brandon, Florida during the 1970’s, she wanted the same experience for her children and the other youth of our church. She proposed the idea to Youth Director Andy Webb, and the ball started rolling.

It all started as a vision. How can we engage the community in an outreach program and involve youth in this activity? How do we keep our Senior High kids engaged in youth? The big parts (Mary, Joseph, Kings, and Angels) were doled out to the Seniors, hoping that they would all rally around and do this. It meant practices and time from busy high school students during finals, but it worked and the seniors committed to taking active roles.

This tradition of the “big parts” going to the older youth remains a draw to keep our older youth involved and excited today. It’s something they look forward to. Parent and youth volunteer Kim Ware recalls “sitting on a bale of hay with 4-year old Alice and 1-year old Nathan and listening to both of them gasp in awe as the window angels became visible. Alice wanted to be an angel.” Fast-forward 10+ years and high-schooler Alice and middle-schooler Nathan are part of this performance this year.

Reminiscing over the beginning and early years of this tradition, Tammy is the first to acknowledge that this huge undertaking was not a one-man show. Rather, it involves a cast of many adults and youth – each enthusiastically contributing their ideas, their time, their talents, and their energy to make this event a true church-family affair. Tammy named many of the volunteers – too many to list individually without likely leaving someone out. She also included the multitude of tasks involved that first year:

Donating the wood to build the props . . . designing and building the props. . . making the star for the top of the manger scene. . . writing the script. . .choreographing the music. . . making the costumes. . . finding a place to store the costumes and organizing them. . . dressing the youth for the performance. . .corralling the group of middle schoolers that played the shepherds (think there’s a funny story here) . . . handling all of the technical “stuff” including the lights and music. . .taking photos. . and on and on.

A few more of the many treasured memories collected include a bit more history:

• The Live Nativity has been performed in three locations on our campus. For the first several years, it took place on the grass behind the Education Building, where the sanctuary now stands. Once the sanctuary was built, the performance moved to the north side of the church – just in front of the portico entrance. A few years ago, the performance moved to its current location – on the soccer fields in front of the concession stand.
• Then, there is the weather to consider. In Tammy’s words, “Funny part is that these performances always seemed to be held on the coldest day of December. It either rained or snowed almost every Nativity Weekend. Former church member Steve Pierce was always my calming force. I would call him to get the weather forecast (this was before the days of Google and iPhones). He would calm my nerves and always tell me the show will go on.” And it did go on. In a handful of years, inclement weather forced the performance into the Family Life Center. No animals came inside though; they greeted guests outside under the portico.
• Hot chocolate and fire pits were added after the first year to engage the community.
• 10 bales of hay + 473 ounces of hot chocolate + 500 candy canes + countless volunteers this year. But who’s counting? 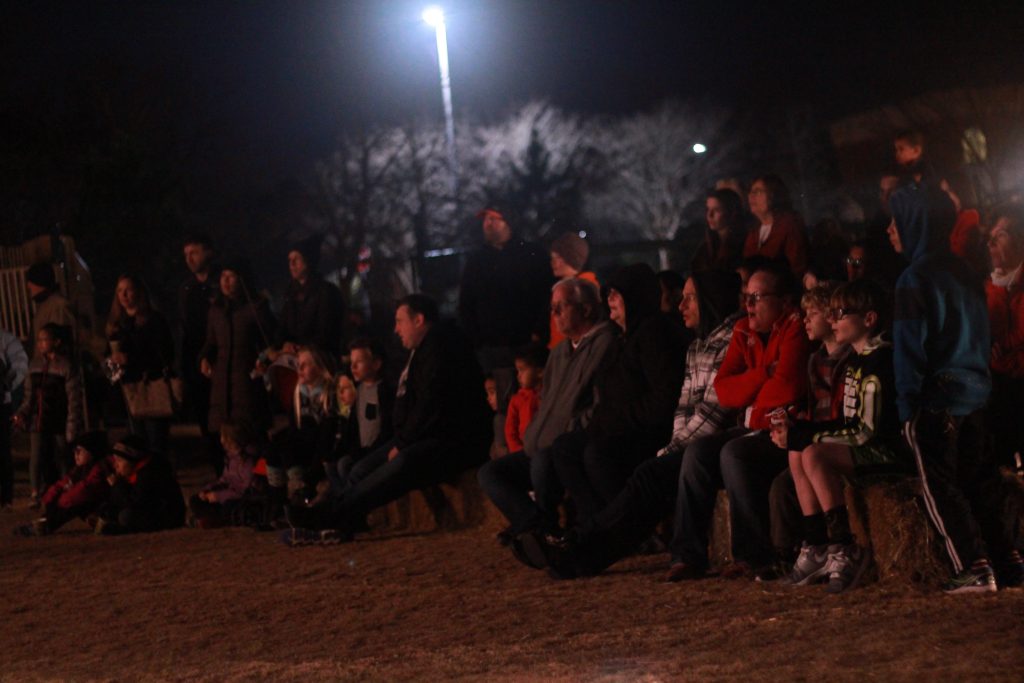 As we look forward to another special time this Saturday evening, Tammy offered some final thoughts about this event.

“Live Nativity brings back such fond memories – the team effort, the volunteers, the donations, the people, the kids, the animals, the smells, the excitement of show time, the meetings, the rehearsals, the organization, the YOUTH, the outreach, the tears flowing when the show was on, and people showing up to watch this ancient story telling of the birth of Jesus. It brings tears to my eyes even now. How one little baby changed the whole world. It was an experience. It was an outreach. It was everything we had hoped for, and the community came. In the beginning years, they came by the hundreds!”

We hope that you will join us at this year’s telling of this story of a child who would be our Savior born in a manger all those years ago.

If you would like to know more about our Youth Program or would like to volunteer to help with special events, such as the Live Nativity, or ongoing activities on Wednesday evenings or Sundays, please email connect@johnscreekumc.org