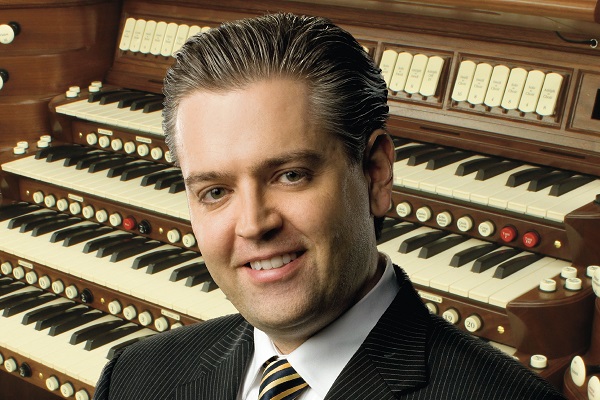 On January 9 at 7:30pm, we will welcome Samuel Metzger to the grand Aeolian-Skinner organ. Samuel's name may not ring a bell if you're not an organist, but he was previously organist of the internationally televised Coral Ridge Presbyterian Church in Ft. Lauderdale, Florida, a church famous for great music and world-class organists including Diane Bish. He is currently the Director of Music & Organist at Second Presbyterian Church in Memphis, Tennessee. This concert is presented by JCUMC and the American Guild of Organists, Atlanta Chapter. Free Admission.

When I Survey the Wondrous Cross

Samuel Metzger was born in Rochester, NY, but from an early age grew up in northern Arizona where his father was a missionary to the Navajo Indians. Early studies were at Northern Arizona State University in Flagstaff, where he was accepted into the Preparatory School of Music as a student of Dr. Marilyn Brandon. In high school he studied with Dr. Royce Johnson at the University of Arizona, Tucson.

Mr. Metzger began undergraduate studies in 1990 at Arizona State University where he was a student of Robert Clark. There he studied on a Regents Scholarship and at
graduation was named “Most Outstanding Undergraduate in Performance.” In 1995 he was awarded a Fulbright Scholarship and began studies with Jon Laukvik at the
Hochschule für Musik und Darstellende Kunst in Stuttgart, Germany. He was awarded a second Fulbright Scholarship and in 1997 graduated with a degree of Künstleriches Aufbaustudium (KA). Mr. Metzger then went on to study with Marie-Claire Alain in St. Germain-en-Laye, France.

Mr. Metzger is heard regularly around the country in concert. He has recorded six CDs, including “Toccata,” “Majesty and Glory,” “Joy to the World,” and “Prayer and Meditation.”